#33Stories
No. 4: “We Who Are His Followers”
Context at the end of this excerpt.
Other entries in #33Stories at the Table of Contents. See you tomorrow! 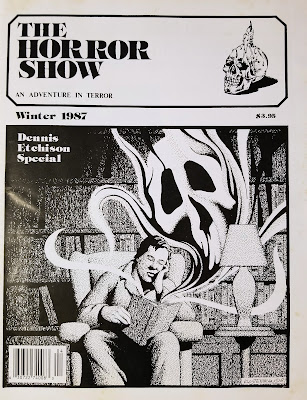 A passage from “We Who Are His Followers”:

The day the winds had started, two months ago, so many had been like Gina. So many had turned their backs completely on Him, had turned toward the false one in the foolish hope that in that direction they would be saved, and the winds would stop, and the sands would retreat, and they could get back about the business of their filthy lives. Candlelight vigils were in every public building. The airwaves were jammed with entreaties, offerings, services that went on through the night. Processions filled the city streets, already covered with a growing layer of sand and debris. Many of us who remained true were initially ridiculed, and later arrested, and more than one of us was put to death in gruesome spectacles that filled stadiums and malls.

We were fortunate. With Him showing the way, we escaped. Me, Gina, Sarah, among the first of His true believers.

The wind kept coming, and with it the purifying sand, the means of our sanctification, spreading inland from both coasts, spreading toward the coasts from the Great Plains, killing trees and smothering crops and filling reservoirs and choking the air. The migrations began then, entire towns on the march, band after band of frenzied doomed heathens in search of food and water and sanity in a world that seemed to have gone mad. Gina, Sarah and I – the three of us seemed luckier than most. Of course, it was not luck. The strength of our faith kept us alive. Through visions, He delivered us safely to those buildings that still stood, still had canned goods, and water, and shelter from the wind.

Sarah and I fell asleep late that night, the night we found Gina worshipping the false one. The voices of the 'dead did not bother us. We slept the way we always had since the wind – uneasily, with thirsty nightmares that did not end even when we had opened our eyes.

It was dawn when I awoke. Sarah still slumbered.

Something had happened while we'd slept. Something He had ordained, something He had always promised to us, His true believers. The wind had stopped. The sand, as well. For the first time in two months, you could see further than twenty-five feet. You could breathe, and not cough or choke. You could see the ocean, grayish clouds hovering over it like fog. You could see wreckage of another house the wind had devoured, and the mangled top of a swing set, and the partially buried hulk of a windowless old car, and if you dug down a bit, I'm sure you could have seen the mummified bodies of those who had doubted.

Mostly, you could see one great landscape of white, like a Vermont village after snow.

There were no more voices of the dead.

He came to me in a vision then, in the first moment of that strange new quiet, while Sarah slumbered on…

READ “We Who Are His Followers” in “Since the Sky Blew Off - The Essential G. Wayne Miller Fiction Vol. 1 Kindle Edition.”
The collection also includes my stories “God Can Be A Cruel Bastard,” “We Who Are His Followers,” “Not Just Traces of Me,” “All My Children,” “A Process of Change,” “Windhams’ Folly,” “Freddy and Rita,” “To Be Cold, Like Trees,” “Since the Sky Blew Off” and “The Good Book”; plus two screen treatments: “Money for Nothing” and “Alden’s Neck.”

LISTEN to a Blood Noir podcast, by the marvelous Mark Slade and his talented crew.

During the 1980s and into the ‘90s, no one was more supportive of horror writers, especially ones trying to break in, than the late Dave Silva, a writer and publisher of the legendary The Horror Show zine. That is where “We Who Are His Followers” was originally published. Another shining moment for me. I was delighted and humbled.

And it was not the first such moment, courtesy of Dave. I believe that the first story of mine that he took was “Death Train,” which appeared in the Spring 1986 The Horror Show. I remember when the contributor’s copies arrived in the mail – what a celebration that ensued! And when he included me on the cover of the Fall 1987 edition as one of six Rising Stars (the great writer Elizabeth Massie was another), together with my story “God of Self”… well, you can imagine. That and Dave’s generosity in general, at a time when the form rejection letters were arriving regularly, was terrific encouragement to keep going. And not just with the short form, but also the novel after “Drowned” that I had begun: “Thunder Rise,” more on that tomorrow.

During my long fiction- and non-fiction writing career, I have accumulated untold numbers of books, stories, magazines, source materials, etc. It all would fill my house and then some if I had not donated to libraries at the University of Rhode Island, Harvard and elsewhere, and put some in storage. But among the treasures I keep in my study are my copies of The Horror Show, and a beautiful limited edition of Better Weird: A Tribute to David B. Silva, published by Cemetery Dance in 2015 and signed by its editors and contributors, including Elizabeth, writer and editor Paul F. Olson, Robert R. McCammon,, Yvonne Navarro, Joe Lansdale, Tom Monteleone and others. Took it out just this morning and held it in my hands, remembering writing my story contained therein, “Nothing There,”but mostly Dave, who I met just once, at the 1987 World Fantasy Convention in Nashville, but who I held as a dear friend.

This is my tribute to Dave that appeared in Better Weird:

Back then -- back before the modern Internet -- back when Stephen King was just becoming big -- this was how you broke into short horror fiction. You wrote your stories and sent them off with a hopeful cover letter to magazines you’d found in a directory or bought at a bookstore or newsstand. You enclosed a SASE: a stamped, self-addressed envelope. Then you waited.
And waited.

Sometimes it was weeks, even months, before an editor got back to you, if they ever did -- and many did not. The waiting was frustrating and discouraging in the worst way, the form rejection letter like a slap in the face. Occasionally -- very occasionally -- an editor would send a handwritten note.
Or a letter of acceptance.

I received many of those in the mid and late 1980s from Dave Silva, a great publisher and editor. A writer himself, Dave was a wonderful friend of writers: an encouraging and supportive man who just happened to produce, four times a year, from his home in Oak Run, California (on a road called Misty Springs Lane, no less!), the best magazine of that golden era. Beautifully illustrated and designed, The Horror Show had no equal. And it was the work of but one man, who loved and nurtured it like a child.

The stories of Dean Koontz, Ramsey Campbell, Robert R. McCammon, Dennis Etchison, Beth Massie, Bentley Little, Poppy Z. Brite, Joe Lansdale, Paul F. Olson, editor of this volume, and many more, filled the pages of The Horror Show. I felt privileged and lucky to be part of that group -- and nothing motivated me to keep going like seeing one of my stories in Dave’s pages. When I made it on the cover as one of five Rising Stars in the Fall 1987 issue, I was walking on air. Good stuff, my friends. Damn good stuff.

Dave rarely attended the NECON, World Fantasy and other conventions of the time, where we, what might be called his Horror Show stable, gathered to talk shop and drink beer (lots of beer). But he was there in conversation and in spirit. And when I finally met him, just once, he was exactly what I had imagined: a modest man with an outsized talent and a passion for writing and writers. A gentle man who always promptly sent a kind and encouraging handwritten note, even when he passed on a story.

Better weird than plastic, is how Dave signed his introduction to every issue of The Horror Show.

True enough, Dave. Thanks for everything. Rest in peace.