Our second annual Story in the Public Square Story Day, held on Friday, April 11, at Salve Regina University in Newport, R.I., was by all accounts a great success. The theme was Moving Images: Screen storytelling in its many forms, including Hollywood, animation, short-form documentary, TV and long-form documentary. We will soon have much more on our Story in the Public Square website, but for now, a few highlights.

First, for an overview of the day, read the fine story that my Providence Journal colleague Andy Smith wrote for the Saturday, April 12, Journal. The link will also bring you to a slideshow. And you will be able to get the gist of the powerful remarks from our keynote speaker and second annual Pell Prize winner: Danny Strong, actor, producer and screenwriter of Recount, Game Change, Lee Daniels' The Butler, the Mockingjay Hunger Games finale, and more.

-- Jim Taricani, founder of Rhode Island NBC Channel 10’s celebrated I-Team, winner of five regional Emmy awards, an Edward R. Murrow award for investigative journalism, and a number of other journalism awards who became a champion of press freedom when a federal judge in 2004 sentenced him to six months of home confinement for refusing to disclose a confidential source.

-- Kendall Moore, associate professor of journalism and film media at the University of Rhode Island.

Kendall, Agnieszka and Jim are members of the SIPS Story Board.

We also honored the winners of the 2014 student contest, whose theme was childhood poverty. Meet them and watch their videos here.

We also had a lot of fun with our Story Booth. As noted, we will have much more detail soon at Story in the Public Square, which I confounded and now direct as a visiting fellow at Salve.

The shade of a copper beech


While writing The Providence Journal feature "A Remarkable Life" and the biography An Uncommon Man about Nuala and Claiborne Pell -- and on numerous other occasions -- I spent many hours with this wonderful woman who died on April 13. Fittingly, I wrote Nuala's obituary.
This was one of many memorable occasions with Nuala, and it became the epilogue of my biography. I will have more memories to share soon.
The sun was breaking through an overcast sky as Nuala Pell left her home and rode down Bellevue Avenue past her father-in-law’s former estate, now the headquarters of the Preservation Society of Newport County. A writer was at the wheel.
It was Veterans Day, 2009.
The car passed the Tennis Hall of Fame and First Beach and continued into Middletown. St. George’s School came into view as the car traveled past Hanging Rock, a massive outcropping of ledge in the woods below the school that has been a favorite destination for generations of young people. A memory brought a smile to Nuala’s face. In the summer of 1944, not long after they met, Claiborne took her on a date here, Nuala said.
The writer suggested that perhaps the 25-year-old suitor was proud to point out his alma mater.
Nuala laughed.
“He wasn’t talking about St. George’s,” she said.
North on Indian Avenue the car continued, past Eastover, where Claiborne spent part of his childhood with his mother and stepfather. The car turned off at Saint Columba’s Chapel, a stone church built during the 19th Century in old-English style.
Ten months before, Pell’s final worldly journey had ended here. His family had gathered around a freshly opened grave beneath a grand old copper beech tree as Episcopal Bishop Geralyn Wolf led them in the Lord’s Prayer. Coast Guardsmen fired a 21-gun salute, a bugler played taps, and the American flag that draped the mahogany casket was folded and handed to Vice Admiral Clifford I. Pearson, Coast Guard chief of staff, whose father served with Pell on a cutter. Pearson gave the flag to Nuala. The casket was lowered, and Nuala and her family threw spades of earth on it. All was silent for a moment, and then the Pells disappeared inside black funeral-home limousines. 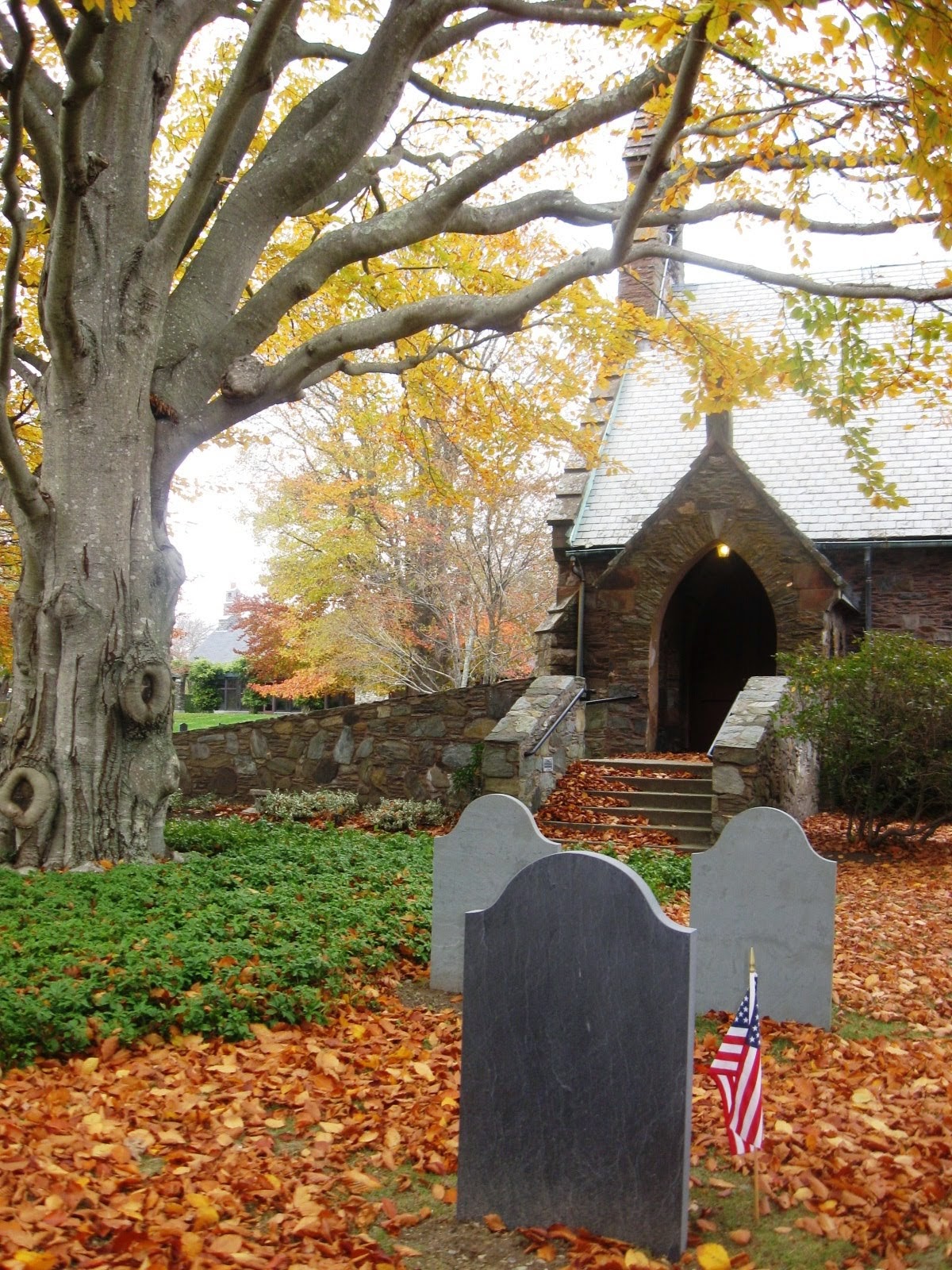 Snow had frosted the cemetery grounds on that cold January day -- but now it was decorated with fallen leaves, a blanket of yellow and gold that extended up the chapel steps. Nuala pointed out her husband’s tombstone, recently erected. It was a simple gray tablet, like the stones marking the graves of Bertie and Julie, who lie next to their father. Inscribed on it were Pell’s name; dates of birth, death and Senate service; and the epitaph he had written.
“Statesman, legislator, champion of education and the arts,” it read.
Nuala walked through the churchyard, pointing out other graves she knew. There was Ollie O’Donnell, her father, who had found little time for Nuala and her brother after his divorce from their mother. There side-by-side were Claiborne’s mother, Matilda, who died in 1972 at Pelican Ledge, and her husband, the mysterious Commander Koehler, whose death in 1941 had left Matilda in financial difficulty. There in front of the Koehlers was their only child together: Hugo Gladstone Koehler, who died in 1990 at the age of 60. His premature death had moved stepbrother Pell to tears, one of the few times in his life that he cried.
On the drive home, Nuala talked of Claiborne’s obsession with death.
“He couldn’t accept the fact that there wasn’t anything,” she said. “I told him it was what you believed it to be -- but you had to believe strongly that it would happen. But if you were doubtful, there was nothing.”
Claiborne, she said, went to his grave without ever telling her if he had reached any conclusion in his quest. No one would ever know if this man who had worked so long for peace had found it for himself.