The long view on mental-health journalism 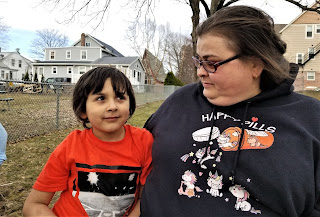 Pursuant to "State of Health: Red-Tape Blues. A shift to managed care for mental-health and addiction treatment is fraying the safety net for R.I.’s poor and vulnerable, critics say," published April 21, 2019, in The Providence Journal.

I have been covering mental health for The Journal since the 1980s, when Rhode Island, like other regions of the country, was emerging from a period when people living with illnesses of the mind were warehoused at the old Institute of Mental Health, or IMH, in Cranston.

And “warehouse” does not adequately describe the treatment of untold thousands of vulnerable people, who during much of the 20th century were subjected to shackling, isolation, corporal punishment and barbaric treatments including insulin-shock therapy, lobotomy and hemispherectomy, in which one side of a person’s brain is surgically removed. 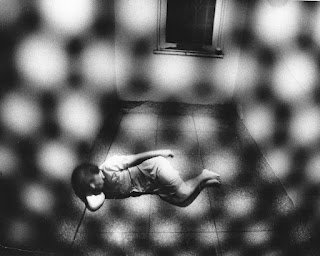 Lives disappeared inside the IMH’s many stone and brick buildings, their existence at death marked only by concrete tombstones bearing sequential numbers but no names in potter’s fields. Similar abuses occurred at the Ladd Center, Rhode Island’s institution for people living with developmental and intellectual disabilities, which closed 25 years ago last month.

Public advocacy and newspaper exposes of the horrors of institutionalization fueled a growing movement to improve conditions at psychiatric institutions and move as many patients as possible back into the community. In Rhode Island, The Journal had been a leader in the cause and by the time I arrived, the IMH was more humane. With the support of politicians and taxpayers, who approved state bonds for programs, a community system was being built

I wrote regularly about the IMH as the population was reduced and the final units absorbed into what is now Eleanor Slater Hospital. I chronicled the good work of two directors of what was then called the Department of Mental Health, Retardation and Hospitals: Danna Mauch, now president and CEO of the Massachusetts Association for Mental Health; and A. Kathryn Power, now director of the federal Center for Mental Health Services.

To see first-hand how conditions had improved, in 1985 I was allowed to live for a week on a locked IMH ward for a story. I closed it with words from Mauch: “The IMH is a place where people now come as a last resort. Ultimately, we should be judged by the extent to which we appreciate the profound pain and suffering experienced by people with mental disabilities.”

Two years later, I wrote the story of Hope Lincoln, who in 1931 had been sent by a judge’s order to the IMH, never to leave. Her “crime”? She and her aging mother had gone into debt, and when the bank foreclosed on the mortgage and several checks had bounced, the police had brought her to court. She was 97 years old when I met her, and her memory was sharp.

“I wasn't crazy,” she told me of the day she was snatched and sent away. “I had a nervous breakdown. But that's the way they did things in the old days, see?”

Somehow, Hope had retained her sense of humor, and she was gifted with wisdom. Blind and arthritic when I spent time with her, she joked: “Every day we live, we deteriorate. The old machine wears out. And you can't get spare parts, you know.”

After my story, then Governor Edward DiPrete made her a public symbol of deinstitutionalization, of why community, not locked ward, was best for most.

Rhode Island was becoming a national model for treatment of people living with mental illnesses, and by the 1990s, its practices and programs were being copied elsewhere.

Then the decline began, as governors and legislators paid less attention and insufficient money was invested. The IMH was gone, but the Adult Correctional Institutions had evolved into a sort of shadow psychiatric facility. Homeless shelters witnessed an increase in the numbers of individuals living with mental illness. The opioid-death and addiction crises intensified the situation, and now the strain on many behavioral health centers is crushing.

Since I first began writing about mental health (and also people living with intellectual and developmental disabilities), I have directed and written a movie, "The War on Terror: Coming Home"; scripted and shot numerous videos; produced podcasts; brought many guests with expertise onto the national show I co-produce and co-host, "Story in the Public Square"; and written hundreds of stories, including, most recently, the aforementioned April 21, 2019, "State of Health: Red-Tape Blues. A shift to managed care for mental-health and addiction treatment is fraying the safety net for R.I.’s poor and vulnerable, critics say" and my January 2019 "Redemption: The Fall and Rise of Mark Gonsalves," about a man who attempted suicide and survived a 220-foot jump off the Newport Bridge and lived, to become an awesome inspiration.

And with the first one in 1985, I have been honored many times for doing this right thing, which when I started was not so very "fashionable," shall we say. The awards are wonderful, thanks to all who have bestowed them, but my only I hope is I have made a difference.

So I have the long view on this healthcare story, and am privileged to work for The Providence Journal, which has given me the thousands of hours it has taken. This is true public service, and no other media outlet in our market can touch it.

New closer for Story in the Public Square!

Courtesy of our ace Rhode Island PBS editor, Nick Moraites, and Salve Regina University which sure can fly a drone with a steady hand.