From the Beginning: Seven Years of Stories

Seven years ago tomorrow, on February 23, 2012, I joined Jim Ludes for coffee in a shop in downtown Newport, Rhode Island. I had met Jim the previous October 16, 2011, when, as the newly arrived (from Washington) director of the Pell Center at Salve Regina University, he had kindly hosted the launch singing and reception for my biography of Claiborne Pell, “An Uncommon Man: The Life and Times of Senator Claiborne Pell.” The event, at the Pell Center on Bellevue Avenue, was a fine success. Kristine Hendrickson, Salve’s Associate Vice President University Relations/CCO, also came for that coffee. She, too, had been instrumental in the Pell bio launch.

During the hour or so that we met for coffee that winter day, Jim discussed his ideas for building the Pell Center into a robust place, what he now describes thusly: “The Pell Center for International Relations and Public Policy's programs are designed to generate new ideas, to expand public understanding of important issues and, ultimately, to help the public and its leaders make better decisions. Working with students and faculty, we don't just study the world, we try to change it.”

I, in turn, discussed my desire to extend my storytelling into the academic world.

And so Story in the Public Square was born.

Within a few months, we had formed a partnership between the Pell Center and The Providence Journal, where I was and still am a staff writer. I was named a visiting fellow and director of Story in the Public Square, and Jim and I -- with Office and Events Manager Teresa Haas, then-communications assistant Mia Lupo, and some Salve work-study students -- got down to work. We had the full support of the great Sister Jane Gerety, retiring this year after a decade as Salve president.

One of the first Story events was an address I gave on May 16, 2012, to the 2012 Pell Scholars. Sister Jane was present at the dinner, as was Nuala Pell, Claiborne’s widow.

That October, I spent a week in residence at the Pell Center as visiting fellow. The next week, we opened a Twitter account, @pubstory. A web site and Facebook page followed, along with a Wikipedia page. We did not, at that point, have even a whisper of a clue that one day we would have a national PBS/SiriusXM Radio show, our own YouTube Channel, podcasts and more...

On November 17, 2012, I gave my first public address for Story, "Where Stories Take Us."  In january 2013, we received our first major grant, from the Rhode Island Council for the Humanities. And on On March 3, 2013, we spelled out our foundational philosophy: Public Story = Policy Change. Which means, we wrote, “Storytelling can powerfully influence how people collectively think and act.” We traced the roots of storytelling to prehistoric peoples: Story, we declared, is hardwired into the human species.

On Friday, April 12, 2013, we staged our first major public event: a day-long conference featuring Gary Hart as keynote speaker and Dana Priest receiving the inaugural Pell Center Prize for Story in the Public Square. Plus, a great panel of storytellers.

A year later, on April 11, 2014, we staged our second Story conference. The theme was "Moving Images" -- screen storytelling in its many forms, including Hollywood, animation, short-form documentary, TV and long-form documentary. The Emmy-winning actors, screenwriter, producer and creator Danny Strong received the Second annual Pell Center Prize for Story in the Public Square, and other prominent screen storytellers spoke to another sellout audience: Jim Taricani, founder of Rhode Island NBC Channel 10’s celebrated I-Team; Kendall Moore, associate professor of journalism and film media at the University of Rhode Island and an award-winning documentary filmmaker; Agnieszka Woznicka, animation artist and associate professor at the Rhode Island School of Design; and Teja Arboleda, another award-winning documentarian, writer and educator.

New York Times best-selling author Lisa Genova received the third annual Pell Center Prize for Story in the Public Square in a ceremony at the Pell Center on June 4, 2015.

In an experiment that paved the way for our weekly TV/SiriusXM show, we taped Lisa at the Pell Center. A wonderful learning experience that led Jim and me to decide, that fall, to try TV -- in a TV studio, not a wing of the Pell Center, where ambient sound and other factors beyond our control interfered with the business at hand. The episode was never shown or aired -- but, as noted, we learned! (And Lisa, being a good sport, will return to Rhode Island to tape an episode of our show -- in our studio at our flagship station, more on that studio and station further into this post...)

Not strictly a Story event, the November 1, 2015, launch of my book "Car Crazy: The Battle for Supremacy Between Ford and Olds and the Dawn of the Automobile Age" at the Pell Center brought more attention to the Story program. AND, was a return to the scene of the crime, so to speak. Not to mention a really fun day with really old antique cars. Four were on hand, courtesy of Ambassador Bill Middendorf and the Audrain Automobile Museum: a 1904 Oldsmobile, 1912 Model T Speedster, 1912 Packard and 1893 Duryea: Watch them in action on YouTube. Also on hand was a crew from C-SPAN BOOK TV, which taped the event: Watch it here.

Those conversations Jim and I had about moving toward TV reached early fruition in early 2016, when Llewellyn King, host with his wife, Linda Gasparello, of the national show "White House Chronicle" graciously gave us a monthly episode, shot on their set at Rhode Island PBS. Our first show, "A New Partnership for White House Chronicle," broadcast three years ago this month, introduced Story to a much wider audience. Watch that inaugural episode here.


And then we took the plunge, working with the fabulous folks at Rhode Island PBS to create, produce and broadcast what is now the weekly Story in the Public Square. We had a consultant custom-design and build a set, we hire the enormously talented Allison Barbera and her team to provide makeup and hair service, and after little (actually, no) rehearsal, Jim and I on January 3, 2017, sat behind it and welcomed our first three guests -- author and professor Tom Nichols, and Native Americans Loren Spears and Christian Hopkins -- for two separate shows that aired only on RI PBS and SiriusXM Satellite Radio -- a southeastern New England TV market, and an international radio one. By this point, Gianna Gerace was handling communications.

Scenes from that first day below -- or if you prefer, watch a behind-the-scenes video I shot and cut.

So that began the bigger story of Story in the Public Square. It grew in 2017, when the masterful Erin Demers succeeded Gianna and I began writing an occasional column for The Journal, "Inside Story," and in September 2018, we went national. Meanwhile, we began to podcast the show on several popular channels. We continued to name a Story of the Year. And we continued to award the Pell Prize: After Dana Priest, Danny Strong , Lisa Genova and Javier Manzano came Oscar-nominated filmmaker Daphne Matziaraki in 2017 and Dan Barry in 2018. The seventh honoree, Elizabeth Kolbert, will receive the prize March 4 in at the Pell Center.


Thanks to our Pell Center staff, our RI PBS crew, Allison and Jen, and a roster of extraordinary guests -- more than 100 now -- we are now a national show, seen coast-to coast in most major markets. We have won a Telly Award. We have another remarkable lineup for 2019. Broadcast episodes can be viewed here. And you can find your local station and broadcast times here. 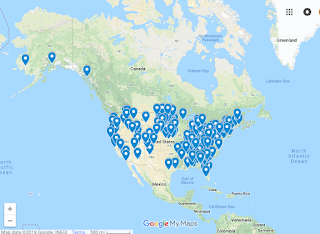 We had only a few ideas and a lot of enthusiasm when we started seven years ago. The ideas have grown, but the enthusiasm has never faded. Happy birthday, Story. Here's to seven more!

I spent a fine hour-plus on February 11, 2019, speaking to Phil Eil's feature-writing class at Brown University. Hopefully imparted some guidance these young writers can use to good purpose. Walked through a few of my pieces, including the January 27, 2019 "Redemption: The Fall and Rise of Mark Gonsalves"; the March 2, 2003, "The Station Nightclub Fire Takes an Emotional Toll on Virtually Every Rhode Islander, from Little Compton to Burrillville"; and the November 26, 1989, "Children of Poverty: Behind From the Start. Poor Children, a Vicious Circle." 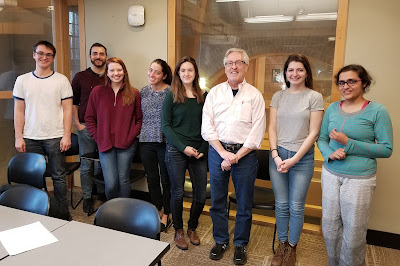 I closed the afternoon with a list of writing tips. Not big on lists, and not sure if I've ever compiled one on non-fiction writing (fiction's a whole 'nother animal), but it seemed appropriate, a distillation of where an obsession with writing since childhood has left me at this stage of my career. Here it is: 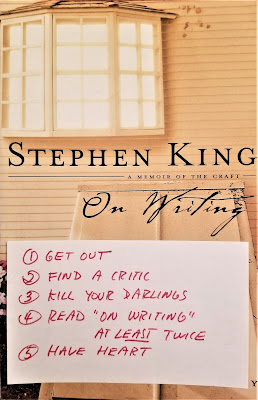 1. Get out.
Out of the office, newsroom, dorm, study, wherever. Into the world. Among people.

2. Find a critic.
Someone who will honestly, if gently, read and critique drafts of your work. And ideas before they are work. Need not necessarily be a fellow writer, just someone with intelligence, taste and perception. And with your critic, leave your ego aside and listen.

3. Kill your darlings.
Time-honored tip. That cute, clever, brilliant turn of phrase? It's not.

4. Read "On Writing." At least twice.
Stephen King's timeless, timely memoir of the craft, as he calls it, is for my money the best investment any writer -- of fiction or non-fiction -- can make. There are numerous writing guides, to be sure, many by teachers and coaches, and those are valuable, too. But only a working master of the language can speak from such depths of the soul. And, yes, adverbs are the enemy.

5. Have heart.
This is the intangible of the business, the philosophy and belief system of not just the writer but the person that separates the best from the rest, if you'll pardon the cliche (Rule 6: Kill your cliches). And how true. One must empathize, which begins with listening. Whether you are writing about a man whose failed suicide jump leads him to inspiration, as I did in "Redemption," or a frog on the verge of disappearing, as the Pulitzer- and Pell-Prize winning Elizabeth Kolbert of The New Yorker does in "The Sixth Extinction," the best writers care. And possess passion.

There's a lot more that could go on this list, of course (discipline, reading, curiosity, etc. etc.), and I chose an arbitrary number, but these five are a good start. Good luck, Brown students -- and all students and practitioners of the craft! And as you move through your wonderful careers, remember those who helped you, and give back, as I have tried to do.
Posted by G. Wayne Miller at 3:08 AM No comments: