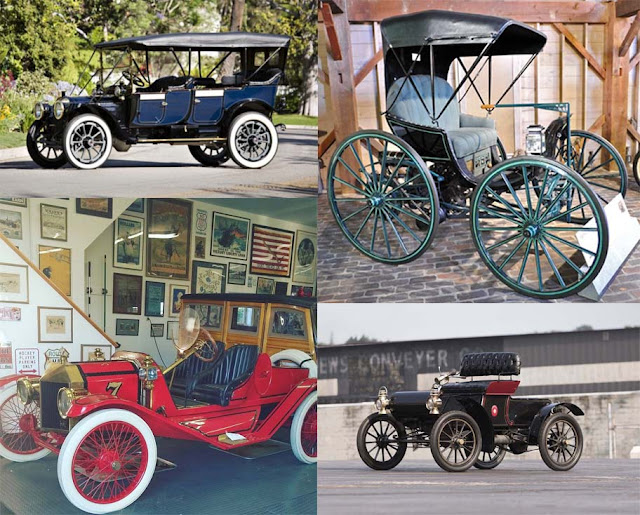 In another pre-publication review, Library Journal on Oct. 1, 2015, praises the book, calling it "engrossing and well-written" and "offering engaging asides" that will appeal to many different readers. Library Journal follows Kirkus Reviews' similarly praiseworthy critique (see below). Here is the full Library Journal review:

"Miller (Toy Wars; King of Hearts) looks at the impact on tradition, national infrastructure, legal precedent, and cultural change affected by the introduction of the automobile into America's landscape, detailing the battle for brand recognition and sales dominance that existed between car manufacturers such as Ford and Oldsmobile in the early 1900s.

"Contrasting car makers that embraced the freedom and power of the car against those that saw elegance and ease of use as an opportunity to profit greatly, Miller demonstrates the impact the burgeoning industry had on American society and laws. Offering engaging asides, the author shows how the cultural divide between those who were auto aficionados and others who were not led to antagonism, occasional violent outbursts, and ultimately a redefinition of societal norms and legal standing.

"VERDICT: Engrossing and well-written, Miller's study of the cultural impact of the automobile is also a testament to the elements of the vehicle that car enthusiasts find endearing. This work will attract fans of motor sports as well as entrepreneurs and anyone interested in the power of technology to enact social change."

"A chronicle of the frantic, ultracompetitive, and heroic early days of automobile manufacturing.

"The turn of the 20th century witnessed some of the most profound technological advances in human history. Chief among them was the development of the automobile as a mass-produced consumer product. Beginning with the first commercial enterprise founded by brothers Charles and J. Frank Duryea in Springfield, Massachusetts, in 1893, Americans quickly grew infatuated, skeptical, and outright hostile to this novel contraption.

"In his buoyant and charming narrative, Miller (Drowned: A Different Kind of Zombie Tale, 2015, etc.) sets the foundation for the American century by charting the intense competition, rivalries, successes, and failures of the early automotive industry. The author profiles many of the titans and personalities of the era such as Henry Ford, Oldsmobile founder Ransom Olds and his famed Curved Dash, General Motors creator William C. Durant, driver Barney Oldfield, and others.

"Aside from the industrial upheaval caused by auto manufacturing, Miller also highlights the drastic social changes it caused. Catering to young adventurers and the wealthy elite, mostly from urban centers, the automobile inspired enthusiast groups like the League of American Wheelmen all across the country. Not all reactions were positive. Rural communities, dependent on horses, viewed the new mode of transportation as a direct affront to their way of life and threatened to sabotage cross-country racers passing through their towns. From cottage industry to mass-production assembly lines, the development of the automobile represents a quintessentially American story of industrial capitalism and the fiercely driven personalities that carved their fortunes and legacies out of seemingly nothing.

"Capturing the energy and ambition of a time when optimism in the American spirit was unparalleled, Miller also shows that despite the car’s profound effect on American culture, it was not the modern panacea some predicted. A must for car lovers and plenty of interesting material to keep other curious readers flipping pages."

Enjoyed meeting independent booksellers, friends, authors and some of the Perseus Books sales folks at the annual October New England Independent Booksellers Association convention in Providence. Here I am with Pamela Fenner of Michaelmas Press, one of many nice people I met! 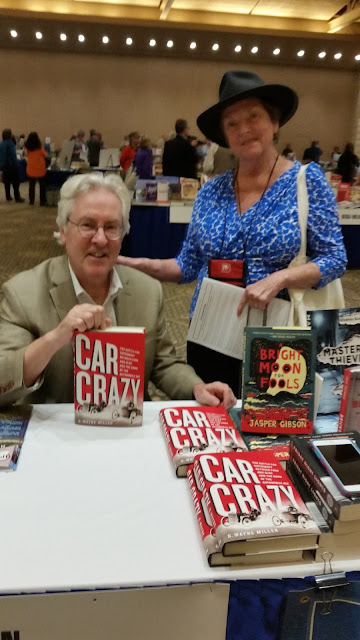 Talk and signing at the Barrington Public Library

Please join me at 7 p.m. Tuesday, December 1, for a talk and signing at the Barrington (R.I.) Public Library! More details here.