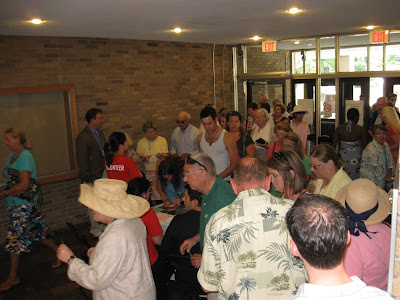 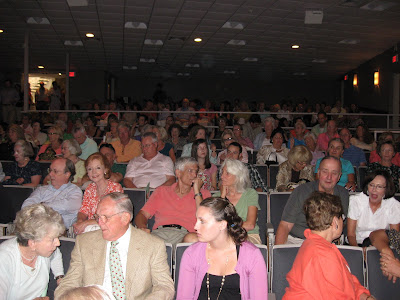 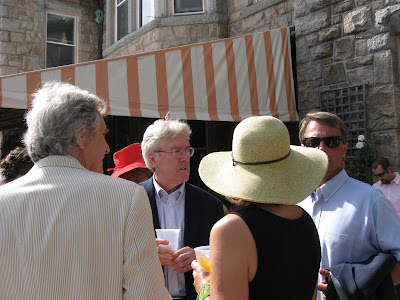 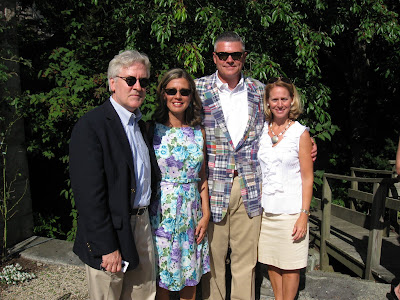 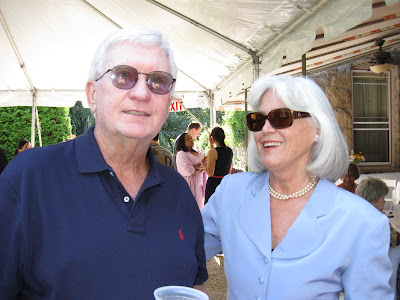 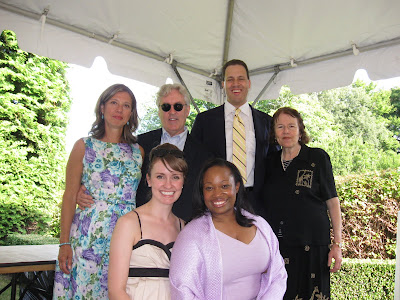 The August 14 Newport premiere turned out to be a success beyond what we had hoped. Nearly 400 people filled Salve Regina University's Bazarsky Auditorium and dozens who had hoped to buy last-minute tickets were turned away. Apologies to them -- but the good news is that the movie will have a nine-day run at the popular downtown Newport Jane Pickens Theater. The run begins 6 p.m. Friday, August 20, and continues through Sunday, August 29. For times and tickets, visit the Hedgerow movie site or the Jane Pickens Theater.

A few scenes from the Newport premiere:

-- Standing-room only in Bazarsky Hall.

-- Writer/producer G. Wayne Miller with friend Andy Kinnecom and Judy and Laurence Cutler at the High tea Reception that followed at the Slocum's Bellevue Avenue estate. Laurence is in the movie.


Photos by Y.T. Gabrielle and Katherine L. Miller
Posted by G. Wayne Miller at 6:44 AM No comments:

Awesome BEHIND THE HEDGEROW premiere! 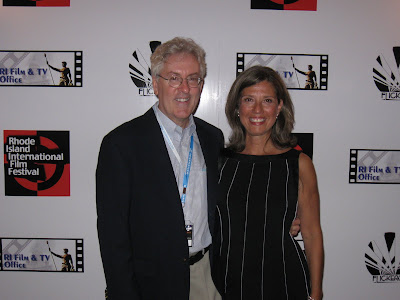 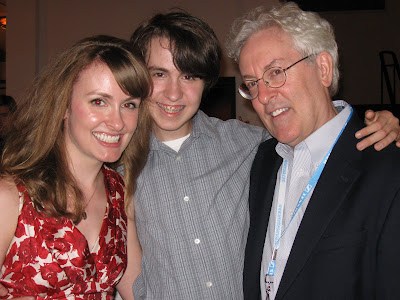 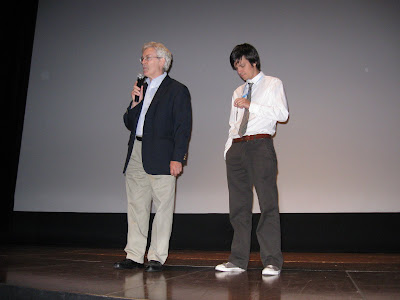 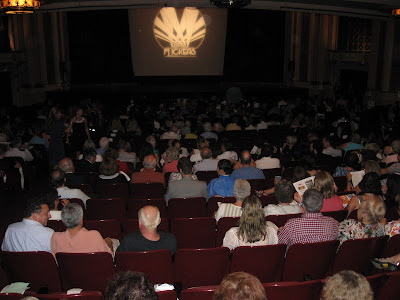 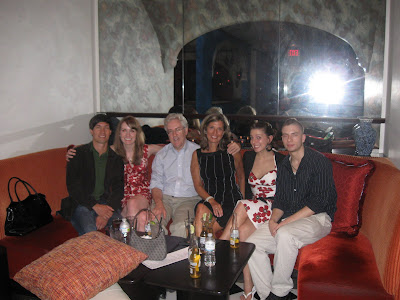 We had a fabulous opening last night at Vets Auditorium in Providence -- a great audience that really seemed to dig the film, and fun parties before and after at this beautiful hall. The film itself, in high-definition, looked and sounded like nothing else. Now it's on to Newport for our August 14th premiere, followed by High Tea at the Slocums' Bellevue Avenue estate.
Pictured here are:
-- Script consultant (and fiancee!) Y. T. Gabrielle and writer/producer G. Wayne Miller, me, in the lobby.
-- Three Millers: Associate producer Calvin, sponsorship director Katherine L., and me.
-- Director David Bettencourt and me introducing the film to the audience of hundreds.
-- The hall beginning to fill up.
-- The writer's own after- after-party at The Temple Restaurant, next door.
-- G. Wayne Miller
Posted by G. Wayne Miller at 5:06 AM No comments:

... until the world premiere, 7 p.m. August 10 at Providence's Veterans Memorial Auditorium, of BEHIND THE HEDGEROW: Eileen Slocum and the Meaning of Newport Society. And just five days until the Newport premiere, 2 p.m. August 14th at Salve Regina University. Information on both screenings, which are followed by gala parties (the August 14 Newport soiree is on the grounds of Eileen's Bellevue Avenue estate!), is available through this link. Tickets will be sold at the door, at both events.

In the days before the premiere, we have received tremendous publicity, in newspapers, on the radio and online. To see some of it, go to this page on the Eagle Peak Media site.

And now, we basically cross our fingers, knock on wood and hope to break a leg. And hope to see friends, film fans and anyone else.
Posted by G. Wayne Miller at 3:08 PM No comments: