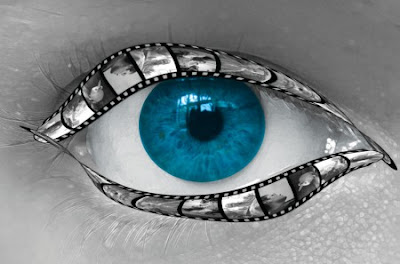 After our successful broadcast premiere Monday, March 26, on Rhode Island PBS, The Providence Journal takes COMING HOME, our documentary about veterans of the War on Terror, to its first film festival: Roving Eye, held annually at Roger Williams University in Bristol, R.I. The documentary anchors an afternoon of war-related films and expert discussion about The Human Face of War. Please join us at 2 p.m. Sunday, April 22, at Roger Williams University.

This appearance comes in partnership with Roving Eye founder and organizer George T. Marshall, executive director and CEO of FLICKERS: Rhode Island International Film Festival. Stay tuned for details of Providence Journal productions and staff presentations at this August's RIIFF as The Journal continues its expansion into video...

Now available: SINCE THE SKY BLEW OFF, first collection of short stories 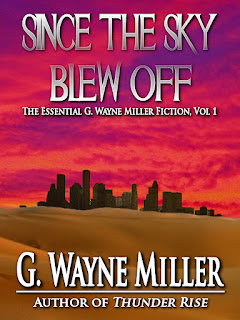 Fiction remains my first true writing love, and squeezed between my non-fiction work, I still manage some of it, mostly MEMORY, my novel still in progress. A few years back, however, before I got into non-fiction books and filmmaking, I wrote fiction obsessively -- mostly mystery, horror and science fiction. Many of my short stories were published, in hard- and soft-cover volumes and periodicals, including Alfred Hitchcock's Mystery Magazine. And my first book, THUNDER RISE: A Novel of Terror, was fiction.

In January 2012, David Niall Wilson, a writer of note and now publisher of North Carolina-based Crossroad Press, approached me to see if I was interested in bringing some of those stories back to print, Hell, yes! And not just print, but e- and audiobooks as well.

First to come is SINCE THE SKY BLEW OFF: The Essential G. Wayne Miller Fiction, Vol 1. The title story, set in a post-apocalyptic future, is one of my personal favorites. Written in the late 1980s, it has stood the test of time. And it's the basis of a screenplay my L.A. writing partner, Drew Smith, and I have been noodling on for some while now. Stay tuned on that (still noodling...).

SINCE THE SKY BLEW OFF is available on Kindle, Nook and other digital formats, for $2.99. A bargain! It has ten stories, and two previously unpublished screenplay treatments, one horror/fantasy, the other political/fantasy.

And thanks, David, for bringing me in this direction!
Posted by G. Wayne Miller at 3:17 AM No comments:

Tonight is the broadcast premiere, followed by a live panel discussion of Coming Home, The Providence Journal's first feature-length documentary movie. Into new media we go! 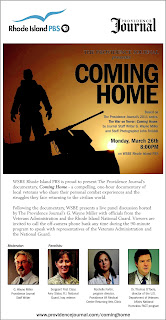 A replay of tonight's full broadcast will air Wednesday, March 28 at 12:30 A.M. The phone bank will not be available during this replay, but referral phone numbers will be displayed on the TV screen. The documentary alone will also air on Saturday, March 31 at 7 P.M. as part of the ongoing Rhode Island PBS series, Rhode Island Stories.
Posted by G. Wayne Miller at 8:18 AM No comments: 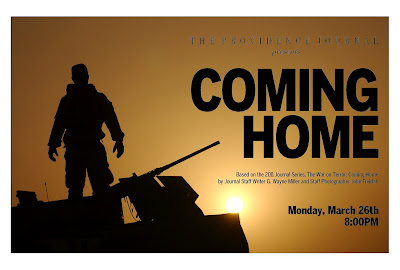 Speaking and reading 6:30 p.m. Thursday, March 29, at the Fabre Line Book Club on Providence's historic waterfront -- 200 Allens Ave. Host is historian Patrick T. Conley. It will be busy week: Monday, March 26, is the Rhode Island PBS broadcast premiere of COMING HOME and that Wednesday is a goodbye party to retiring Journal editor Dave Reid, who is one of the finest journalists and people you will ever meet.
Posted by G. Wayne Miller at 6:36 AM No comments: