Publication day for Traces of Mary! 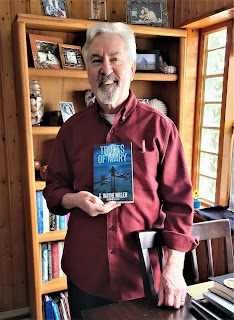 My first book, "Thunder Rise," from William Morrow, was published in 1989, and what a thrill it was for a young writer to hold a copy in his hands.
Thirty-three years later, the thrill remains with publication today of my 20th: "Traces of Mary," from Crossroad Press, which USA Today bestselling author Jon Land called "a bold, bracing, blisteringly original hybrid tale that reads like Stephen King on steroids."
Part horror, part science fiction, part mystery and thriller, and part exploration of mental illness, "Traces of Mary" is unlike anything I have ever written.
I hope this novel meets your expectations!
And the same for the two short stories with extraterrestrial themes that are included in the volume: “A Couple from Manhattan,” which unfolds in a Lovecraftian setting, and “This Little Bug,” about an impending pandemic that will make COVID seem like child’s play.
Read the reviews, order the book.
p.s.
And stay tuned for my 21st book, coming in 2023!
Posted by G. Wayne Miller at 3:07 AM No comments: 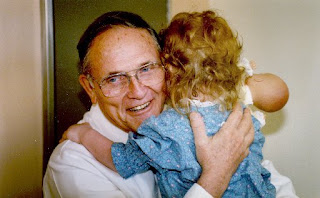 Early one Saturday morning in the early spring of 1990, my phone rang. I was in my basement shop, building something.

“This is Dr. Hendren,” the voice on the other end said. “I understand you’ve been trying to reach me.”

I had been. Recently, I’d been discussing writing a book about Boston Children’s Hospital with a young editor at Random House, Jon Karp, and we had agreed that Dr. W. Hardy Hendren III, the Chief of Surgery at Children’s and a giant in his field, might be a good guide into that world.

But after repeated calls to his office, I had despaired of him ever contacting me, if he had even seen the many messages I’d left with his staff.

Caught off-guard that Saturday morning, I mumbled something about being a staff writer at The Providence Journal and the author of exactly one published book, “Thunder Rise.”

A horror book, that.

I like to think it was instinct but more likely, it was appreciation of my persistence that prompted Hardy to invite me to his house in Duxbury, Mass., to discuss what I had in mind.

A short while later, I visited. Hardy’s wife, Eleanor, and youngest son, David, welcomed me inside and told me the surgeon was out on the bay but would be back soon. When he got home, we retired to his first-floor study, where we talked and he showed me bound copies of his operative notes dating back decades.

I left Duxbury with Hardy’s promise to open the doors to Children’s to me.

Thus began the extraordinary journey that led to my 1993 book “The Work of Human Hands: Hardy Hendren and Surgical Wonder at Children’sHospital” and a six-part series in The Journal, “Working Wonders.” 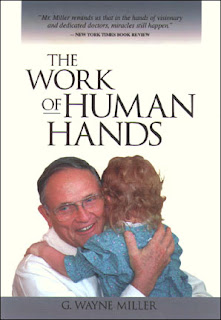 Neither, of course, could have been written without Hardy. Working with the Children’s Public Affairs staff in this pre-HIPAA era to protect patient privacy and with the permission of consenting parents, I began joining Hardy and scrub nurse Dorothy Enos in the OR. And not just Hardy’s – encouraged by him, I watched many kinds of surgery by many Children’s surgeons over the better part of two years that I was in residence.

What a remarkable adventure it was. I wore a Children’s-issued ID, kept a locker in the surgeons’ locker rooms, and soon enough got to know not only surgeons and other doctors – many of them, like Judah Folkman, giants in their own right – but also nurses, technicians and others. Many days were long – some of Hardy’s operations ran longer than 24 hours – and many was the time that I drove back to Rhode Island with dawn breaking and a new day begun.

“The Work of Human Hands” launched my career as a non-fiction author, and I will always be indebted to Hardy for that. It also was the first book Jon Karp (who I’d met during the few months he was a staff writer at The Journal right out of brown University) bought and its success helped launch his career in publishing. We went on to do three more books at Random House – “Coming of Age,” “Toy Wars “ and “King of Hearts” – and one, “Top Brain, Bottom Brain,” at Simon & Schuster, where he is now president and CEO.

But the professional rewards are but a part of the story, a smaller part at that.

Because starting that day in Duxbury when I first met Hardy, we became dear friends and in the ensuing years – decades – would share many fine and often laugh-filled hours together. I would be welcomed into his family, and he into mine (he is the godfather of my son, Calvin). In recent days, as I have been on the phone with David and Eleanor, memories galore have surfaced about the human side of the man who was sometimes called “Hardly Human” for what Boston Globe obituary writer Bryan Marquard correctly called “his superhuman endurance during operations that lasted more than 24 hours and his ability to heal patients who couldn’t be cured anywhere else in the world.”

This human was funny, iconic, caring, loyal, loving and unique.

He also was a decent biker. I know, because he took me on a ride on his motorcycle one day to visit the grave of his daughter, Sandra McLeod Hendren, a nurse who died of diabetes, a disease the master surgeon could not cure.

Since his death Tuesday, I have tried to calculate the number of lives he helped improve – the thousands directly on his table, the many more at the hands of the surgeons he trained, doctors including Jay Vacanti and Craig Lillehei and Patricia Donahoe.

I once asked Hardy how he found the stamina for his marathon operations.

“There’s a great big rest at the end,” he said.

Watch a video of Hardy on his 90th birthday.