NEWPORT, R.I. –– The critically acclaimed documentary BEHIND THE HEDGEROW: Eileen Slocum and the Meaning of Newport Society makes its broadcast debut at 8 p.m. on April 6, 2011, on WSBE/Rhode Island PBS.

The feature-length film takes viewers inside the private world of aristocratic Newport –– a world of privilege that began with the Gilded Age, when Vanderbilts and Astors reigned. The story is told through the focus of Eileen Gillespie Slocum, the last of Newport’s grand dames and one of the last grand dames anywhere.

The opening-night feature of the 2011 Rhode Island International Film festival, BEHIND THE HEDGEROW received four stars from The Providence Journal, and was called “shockingly refreshing and funny” by Newport Mercury, “daringly intimate” by Newport Patch, “fascinating” by WRNI 102.7 FM/NPR Morning Edition, and “don’t miss” by Rhode Island Monthly. It enjoyed a long theatrical run at Newport’s Jane Pickens Theater during the late summer and fall of 2010.

The April 6 PBS premiere will be followed by broadcasts at 7 p.m. on April 9 and 11 p.m. on April 10, among other times. Details at the Rhode Island PBS site.

The HEDGEROW director’s cut DVD with bonus footage is available now and may be ordered at http://www.behindthehedgerow.com/purchase.php. It is also available for purchase at gift shops of The Preservation Society of Newport County, which operates The Breakers, Marble House and other Newport mansions and sites.

BEHIND THE HEDGEROW is the second title from Eagle Peak Media, the production company founded in 2008 by writer G. Wayne Miller and director David Bettencourt. ON THE LAKE, EPM’s first title, premiered in February 2009 and has been broadcast in PBS markets across America. It was nominated for an Emmy by the New England chapter of the National Academy of Television Arts & Sciences.

For more, visit The Hedgerow site or Eagle Peak Media.
Posted by G. Wayne Miller at 10:16 AM 1 comment:

I have just reached agreement with Rhode Island Monthly allowing the magazine to run a substantial excerpt of AN UNCOMMON MAN: The Life and Times of Senator Claiborne Pell in their August issue, which is their biggest newsstand seller of the year. This will be an enormous boost for the book, and I am grateful to the magazine for their interest!
Posted by G. Wayne Miller at 6:43 AM 1 comment:

New Pell biography web site is up and running! 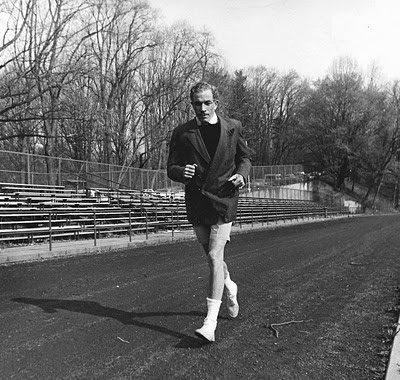 A few tweaks remain, but the dedicated web site for AN UNCOMMON MAN: The Life and Times of Senator Claiborne Pell, due for publication in October, is now live.

The site features an excerpt from the book and a photo gallery, among other attractions. I am still organizing the gallery, adding captions and more photos. Eventually, I expect this to be a great resource not only for the book, but also to those interested in Pell and the period from JFK to Clinton.

Since we do not have the cover yet, nor a page on Amazon, some links are not yet operative. Still, I invite you to visit -- and offer any suggestions you might have.
Posted by G. Wayne Miller at 11:50 AM No comments: