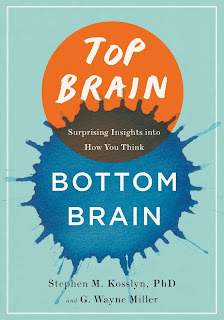 With the impending publication of TOP BRAIN, BOTTOM BRAIN: Surprising Insights Into How You Think (Simon & Schuster, Nov. 5), we are soon to launch an online and mobile app that assesses (in 20 easy questions) your dominant thinking mode. Are you a Mover? A Perceiver? A Stimulator or Adaptor? The app version of the test automatically makes the determination (in the hard copy of the book, you need pencil and paper).

Before we publicize the test, I'd like some reader input. And so, I invite you to take the test, and send your comments to us at TopBrainBottomBrain@gmail.com

The test is here. Thanks!

Camelot, then and now

The Providence Sunday Journal yesterday published "Sunset Days in Camelot: JFK's last September in Newport," my look back at the president's final two weekends with Jackie, Caroline and John Jr. at Hammersmith Farm and the City by the Sea. Oswald's bullet, of course, closed the story.

The story is accompanied by a great slideshow of JFK, Jackie and family, and friends including Nuala and Claiborne Pell. Highly recommended!

In writing the story, I visited Jackie's stepbrother, Yusha Auchincloss, who still lives on the grounds of Hammersmith Farm. A gentleman always, Yusha shared stories, showed photos, and walked the seaside lawn of the big house, where the president's helicopter touched down a half century ago. Yusha's son, Cecil, joined us. Here are few photos that did not make the paper.

Bob Booth, one of the great people of fantasy and horror, a friend of writers and a patron of the arts, died early Saturday, Sept. 7, after an eight-month battle with cancer. He died peacefully, his family said, at a hospice in Rhode Island, where he had been born and lived much of his life. 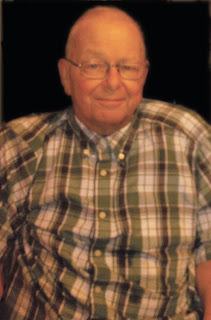 I happened to be working the Saturday shift at The Providence Journal and happened to be checking Facebook between more pressing responsibilities when Elizabeth Massie's post alerted me to Bob's passing. Two coincidences? Or something more, as Bob's wife Mary, co-founder with him of NECON, the Northeastern Writers' Conference, told me on the phone later in the day. In any event, I decided to write his obituary. Having known Bob from years ago, when I was a young writer and regular NECON attendee, I knew my words would receive greater prominence in the Sunday paper than the usual obit. And had I not been pulling the shift, it is possible there would have been no writer-written obit at all.

At the end of this post is the obituary I wrote: It indeed ran prominently in the print edition, bannered across the top of page B7, the cover of the obit section thats morning.

I reached out to several writers who knew Bob well for commentary, and I was able to use some of their words in the obituary. Early deadlines, alas, prevented me from including everything. And some writers got back to me too late to be included at all. So what follows is the full text of how some writers who did not make it to the obituary paid tribute. And there is, of course, the tribute on Bob's beloved Camp NECON page.

I have not been to NECON in years, but I was honored to have a story included in The Big Book of NECON, which Bob edited for Cemetery Dance Publications. NECON helped launched my horror and fantasy fiction -- and relaunch it during the last year and a half, thanks to old friends and connections made there, notably Tom Monteleone and David Niall Wilson, author and CEO of Crossroad Press, which now publishes my fiction.

RIP, Bob, you were loved and will be missed by many.

“Bob Booth was one of those rare people who translate passionate interest into action. As founder of NECON and all its related ventures, Bob created a warm, lively focus for writers of fantasy and horror. His affection and his playful version of respect meant an enormous amount to a great many people.”
-- Peter Straub

“Bob Booth was a bit of a renaissance man who loved sports and art and literature, He co-founded a convention where we writers became part of his family. He loved us and we loved him. And we're going to miss his big smiles and sharp wit.”
-- Tom Monteleone

“Bob Booth had a brilliant mind, better informed and more interested in the world than almost anyone else.  He was a writer and editor, a mentor and friend.  As a father and husband, he was an example to everyone who knew him.  Other than his children, however, his most lasting legacy must be the founding of NECON, a small writer's conference held in Rhode Island every July.  For more than thirty years, and despite its intentionally small size, Necon has been one of the most influential conferences in the horror and dark fiction fields.  Its convivial, family reunion atmosphere, shepherded by Bob and his entire family, has created a camaraderie and intimacy amongst its regular attendees and wins over newcomers instantly.  Bob established the tone for Necon, so that the entire community became his family, and he became Papa Necon, beloved by all.
“He was one of the kindest, gentlest, most genuine and most personally generous human beings it has ever been my good fortune to know. I do not expect I shall ever meet another like him.
-- Christopher Golden

“Bob Booth was many things.  He organized conventions, he wrote short stories, he raised a great family, he was a good friend.  But he was also one of the people who changed the face of fantasy literature.  Back more than thirty years ago, he was one of a select few that brought about the World Fantasy Convention.  Before this, science fiction and fantasy conventions were mostly for hard core fans, and, if they were covered at all in the media, that coverage would show pictures of people in funny costumes.  But Bob, along with a small group of like-minded writers and editors, started a convention that was about the writers and the writing itself.
“A few years later, he decided to start a second, smaller convention with the same goals..  The convention became NECON, a summer retreat for writers and serious readers that has now lasted for almost 35 years.  NECON was about horror fiction, and over the years featured guests who were a who's who of the field -- people from Stephen King to Joe Hill, and dozens of other writers in between, from best-sellers to folks who published in the small press. More importantly, a lot of these writers, big names and small, became regulars at the summer convention.  Writing can be a very lonely business. Bob had the unique gift of bringing writers together, not just to be friends, but over time to join an extended family.  Those of us who came year after year started to call this event Camp NECON, because it really felt like a wonderful summer camp.  And Bob was Papa NECON, the founder of it all, who was always there for all of us with a smile and a story or two.

“NECON will go on.  Bob did too good a job making it indispensable over the years.  But it will never be the same.”

PROVIDENCE - Bob Booth, co-founder with his wife, Mary, of the fabled Rhode Island-based Northeastern Writers' Conference - Camp NECON, as its many fans and attendees call it - died early Saturday at Home & Hospice Care of Rhode Island after an eight-month battle with cancer. A native and resident of Pawtucket, Booth was 66.

Director of publications at Providence College for 22 years before his retirement in 2010, Booth influenced untold horror and fantasy writers, artists and others who have attended NECON, held every summer at Roger Williams University since Booth and Mary founded the program in 1980.

Author Craig Shaw Gardner remembered Booth as "one of the people who changed the face of fantasy literature."

The late Providence horror writer Les Daniels was NECON's first master of ceremonies that year. Peter Straub, bestselling author of "Ghost Story," "Floating Dragon" and other novels, presided over NECON the next year. As the program's reputation spread, NECON attracted many of the leading names in horror, including Stephen King, Gahan Wilson, Ramsey Campbell, Robert McCammon, Tom Monetelone, and many others.

"Bob was an amazing writer and a tried-and-true friend of writers," said Elizabeth Massie, a NECON guest of honor and author of "Homegrown," "Afraid" and other works. "His sense of fun, generosity, and creative community created NECON."

"Nothing had the effect on my career as a young writer that Bob Booth and NECON did. He gave writers a home where they could interact on equal ground with their idols. I will never forget that gift," said David Niall Wilson, author and CEO of Crossroad Press, a major digital publisher of horror, science fiction and fantasy.

Known to friends as "Papa NECON," Booth was also a writer and an editor, notably of the 2009 collection "The Big Book of NECON," which featured stories by King, Straub and many others.

Booth was an Air Force veteran of Vietnam.

An email distributed to NECON fans stated: "As you all know, Bob had been battling cancer for the last eight months and had far exceeded any and all expectations at the time of his diagnosis, including his miraculous four days spent at NECON this summer. His passing was peaceful and dignified, completely without pain or fear."

Booth is survived by Mary; his children, Dan, who managed NECON for a dozen years, and Sara Calia, the convention's current manager; a granddaughter, Jillian Booth; and two step-grandchildren.

Calling hours will be Friday 4 p.m. to 7 p.m. at the William W. Tripp Funeral Home, 1008 Newport Ave., Pawtucket. Arrangements for a memorial Mass are being made.

A tribute to Booth is posted at the NECON website: http://www.campnecon.com/