My review of Though the Earth Gives Way: 'A masterpiece'

With his fiction debut, “Though the Earth Gives Way,” Mark S. Johnson has delivered a masterpiece. Beautifully written, with unforgettable settings and characters, this post-apocalyptic tale is a warning that disaster of unimaginable magnitude awaits us if we do not act urgently to mitigate the effects of manmade climate change.

That disaster in Johnson’s book?

A West Coast turned furnace, an East Coast flooded beyond repair, the region between the coasts a wasteland, literally. Technology gone, all of it — electricity, the internet, cellphones, motor vehicles, the entire infrastructure on which a nation and world was built — reduced to relics now. Survivors turned migrants walking on foot to they-know-not-where, some armed and dangerous, others victimized, all suffering physical and mental wounds as they cross a landscape littered with corpses of homo sapiens and other animals. Only the insects thrive here. 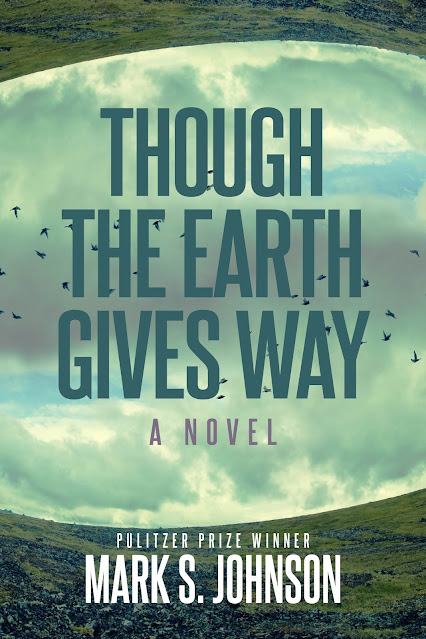 And yet, as grim as America has become in this not-too-distant future, “Though the Earth Gives Way” is also a story about friendship and family, the power of memory, the fear and allure of the future, and, yes, even the hope that might be found in a living hell.

More: USA Today names 'Though the Earth Gives Way' one of 20 winter books we can't wait to read

Johnson, formerly a Providence Journal staff writer, is a health and science reporter for The Milwaukee Journal Sentinel. He shared the 2011 Pulitzer Prize for Explanatory Reporting and has been a Pulitzer finalist three times. His science expertise shows in “Though the Earth Gives Way,” but it does not drive the narrative. 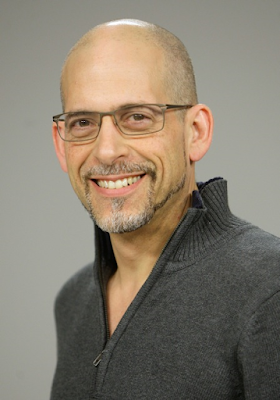 Storytelling, at the level of Stephen King and Cormac McCarthy, other masters of dystopian fiction, does.

The narrator, Elon, left Rhode Island when the coast became uninhabitable. Foraging for food, his clothes fetid and his only belongings ferried in a shopping cart, he has limped to the woods of Michigan, where he stumbles on an old retreat center now occupied by an unnamed old man who takes him in, providing food and shelter. Soon they are joined by fellow wanderers: Clarie and Elissa, a lesbian couple; Asher, a rough-hewn Floridian, and Amira, the young woman who has traveled with him; Johannes, who escaped California but with the best intentions left his wife behind, a decision that now haunts him; Hunter, a tormented teenager; and Nizar, a Syrian who fled the horrors of his war-decimated native land for America.

Slowly, these nine gain a degree of trust, supporting each other and becoming a sort of family. Central to their growing bonds are the nightly stories that each tells around a fire, a timeless place for sharing. Imagine your own fireplace, firepit or campfire. Imagine the fires in cave times, where storytelling may well have been born.

Johnson’s command of voice in these separate stories is magnificent, with each character’s tale fitting what we learned of them before their tellings — and going beyond, deepening our understanding of each of them, and of humanity in general.

Nizar gives as good a description of storytelling as I have seen, saying: “We trade in stories, don’t we? That’s how we unlock intimacy in each other. The stories don’t have to be big or dramatic. Most of what happens in our lives is so ordinary. We leave so little trace that we were ever here. Stories help us forget how small we truly are. They are a way to leave a few footprints in the sand.”

The real-life takeaway of “Though the Earth Gives Way” is that scorched sand and submerged terra firma are the future awaiting us if our present course is not changed.

As Asher describes our world on the eve of ultimate crisis, “what we had wasn’t no monument to human beings. Guys sticking guns in your face for money. Pointless bar fights. Wars over the stupidest s---. And, yeah, someone figured out how to make a very small, very fancy phone. Yet when people told us — smart people — that we were destroying the planet, we did what? We argued. We couldn’t work together when our lives depended on it. Literally.”

That is America and the world today, not only in Johnson’s dystopian future.

Unlike his book, which ends when the old retreat center goes up in flames — caused by fire, ignited by unexpected means — there may still be time.

“I’ve been dreaming of mountains,” Elon says at the end.

Mountains, Johnson argues, that we must climb now if complete catastrophe is to be averted.

Staff Writer G. Wayne Miller is the author of 19 books. His 20th, "Traces of Mary," will be published in March.

This review was originally published in The Providence Journal on January 9, 2022.